The KitKat shape trademark saga has been detailed on this blog in great detail, going back several years (e.g. here, here and here). The fight over the chocolate bar shape seems to have gone on forever, and this writer thought he would be old and grey before the matter ultimately concluded. After Advocate General Wathelet’s opinion in April, the CJEU has finally taken the matter on, and the decision will decide the fate of the current KitKat shape registration.

While the facts of the case have been discussed extensively, it is still useful to recite the basics to anyone not familiar with the background. The case of Société des produits Nestlé v Mondelez UK Holdings & Services concerns the registration of the shape of the KitKat chocolate bar (EUTM 2632529), owned by Nestle. Cadbury challenged the registration, seeking to invalidate it, with the matter ending up with the CJEU 11 years later.

The case revolves around Article 52(2) of the CTM Regulation, which allows for the registration of marks that have acquired distinctiveness through the use of the mark in conjunction with the goods or services. The distinctive character of the mark has to exist in the entirety of the EU for it to avoid invalidation.

What underpinned the matter was whether evidence has to be proved for the entirety of the EU, and not just a select sample of countries. In the case of August Storck KG v OHIM, the CJEU saw that a mark can be registered under Article 7(3) (which has to be read in conjunction with Article 52 above) “…only if evidence is provided that it has acquired, in consequence of the use which has been made of it, distinctive character in the part of the [EU] in which it did not, ab initio, have such character”. If no distinctiveness exists in relation to the mark from the very beginning, acquired distinctiveness would have to be shown in the EU.

The assessment of whether the evidence produced is enough to give the mark acquired distinctiveness in the EU is a matter for the EUIPO or its appellate courts in any given case.

The CJEU agreed with the General Court’s decision, which rejected the argument by Nestle that the evidence covered the entirety of the EU, or a substantial part of it, leading to sufficient coverage. The Court therefore rejected all of Nestle’s appeals, and the mark was invalidated.

The decision is a huge culmination of years of litigation, but by no means is the end of the KitKat shape trademark. While evidence was lacking for the current registration with regards to Belgium, Ireland, Greece and Portugal, Nestle are still within their rights to apply for a new registration, producing evidence to cover any missing Member States. Due to the clear monetary value of the mark, it is clear that Nestle will pursue to register the shape one way or another; however, this might just be the beginnings of a reboot for this particular litigation series 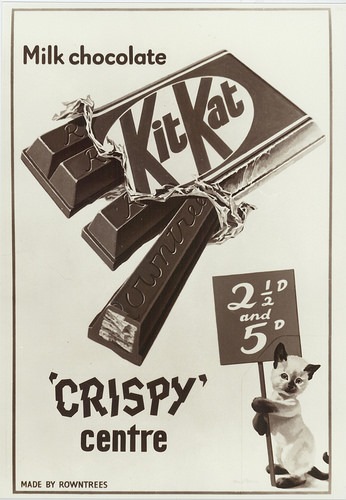 The article was originally posted on IP Iuistitia.
Each article is copyrighted to their original authors. We do not own any rights to the news or the images used. Whilst every care is taken to ensure that the news posts published are accurate, we cannot guarantee the authenticity of the news article on every occasion. There’s no copyright infringement intended. The news is for informational purposes only and does not provide legal advice.