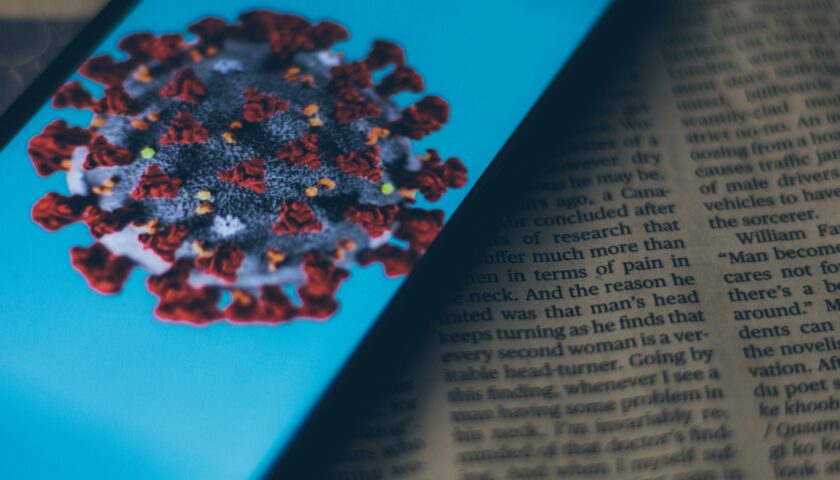 As the COVID-19 pandemic spread like wildfire and affected millions of people, a big hurdle that governments worldwide had to face was the shortage of Rapid testing kits. Due to mass infection, people had to wait for their results for several days. Even though Asymptomatic patients either have mild or no symptoms, they are carriers of the virus. They can unknowingly spread the virus in the time between giving their samples for COVID testing and receiving the results. Therefore, rapid and mass testing was essential.

Scientists at the Gladstone Institutes (University of California, Berkeley, and San Francisco) envisioned a COVID testing kit using which a user would be able to take the swab sample from their nostrils, put it in the device and get the results on their phones in about 15 to 30 minutes. They have recently moved a little closer to converting their vision into reality. Their recent study published in the scientific journal Cell discloses a CRISPR-based test for COVID-19 that provides accurate results within 30 minutes by using a smartphone camera.

The technique was developed due to a collaboration between a UC Berkeley bioengineer Daniel Fletcher, Ph.D., and Jennifer Doudna, Ph.D., a senior investigator at Gladstone and a Noble Prize 2020 winner in Chemistry. The new diagnostic technology not only generates a positive or negative result but also measures viral load or concentration of SARS-COV-2 in the given sample. “When coupled with repeated testing, measuring viral load could help determine whether an infection is increasing or decreasing,” says Fletcher, who is also a Chan Zuckerberg Biohub Investigator.

The existing COVID-19 tests utilize RT-PCR technology to detect the virus. The new test utilizes the enzyme Cas13 to detect the viral RNA in a nasal swab using CRISPR-Cas technology. “We used Cas13, which cuts RNA, instead of the famous CRISPR protein called Cas9, which recognizes and cuts DNA,” said Parinaz Fozouni, co-author of the study. When an RNA-based probe is cleaved in the reaction mixture, it produces camera-detectable fluorescence. The sample is inserted into the device associated with the smartphone. Cas13 enzyme is triggered, and the probing molecule is cleaved when viral RNA is detected in the sample. It results in the emission of fluorescent signals.

The smartphone camera can detect the fluorescence and confirm the presence of the COVID-19 virus in the given sample. The detector consists of a laser to excite the fluorescence and provide the illumination, and an additional lens helps collect the light. Thus, the camera of the smartphone is transformed into a portable microscope. As a result, the samples could be processed faster with accurate results in less than 30 minutes.

The new test technology has a lot of potential because it is portable. It eliminates the large detection devices and relies on smartphones only, which increases its chances of being used at home or the primary health care unit. Furthermore, the same technology can also be used to detect other viruses like Influenza and HIV in the future.