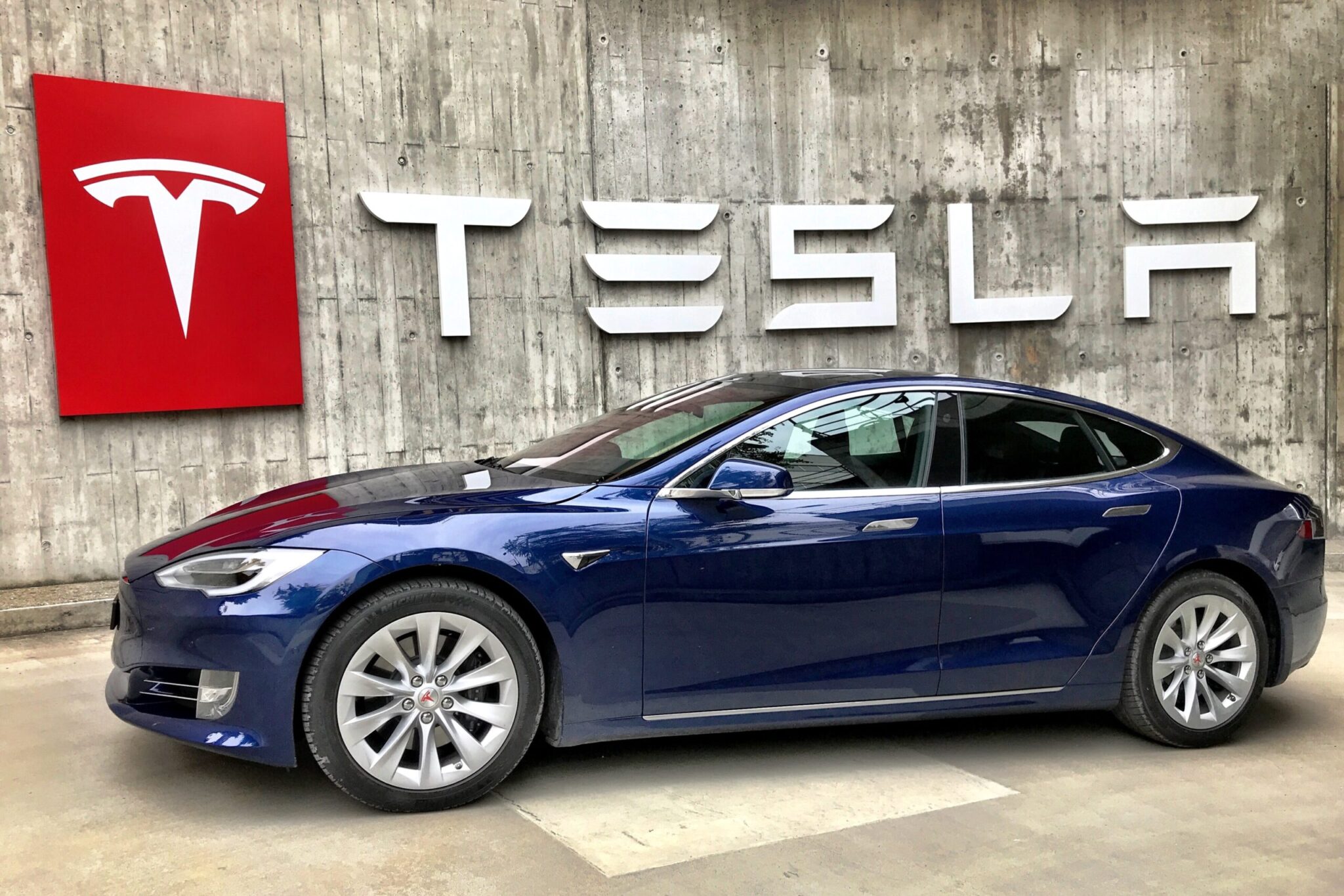 In a recent patent, Tesla has introduced a system to replace a battery pack with a fully charged one for its vehicles – Model S and Model X.

This patent discloses an electrical energy storage system (EESS) exchange station designed to lift the vehicle to a certain height and replace the old battery with a new one in the elevated position. This can be achieved both by human operators and by automated means.

The above figure shows a battery-swapping station layout. This shows an entry door for a vehicle, a vehicle lifting mechanism, and an exit door. The battery packs are stored on roller racks. A scissor lift is used to bring the battery pack between the vehicle and a pack transfer lift. The pack transfer lift is used to carry all rack rollers to the vehicles.

The patent also discloses a means by which the rig could be installed on a trailer with ramps built on either side. This would allow the cars to drive right in and out and never stop as the trailer would constantly be moving towards their destination.

Tesla has been known to patent what it wants to build, and we are sure they would bring this uninterrupted electric energy supply experience to its users. What is interesting to see is how soon they will start rolling this out and whether this patent will also be licensed freely to other competitors for even faster results.