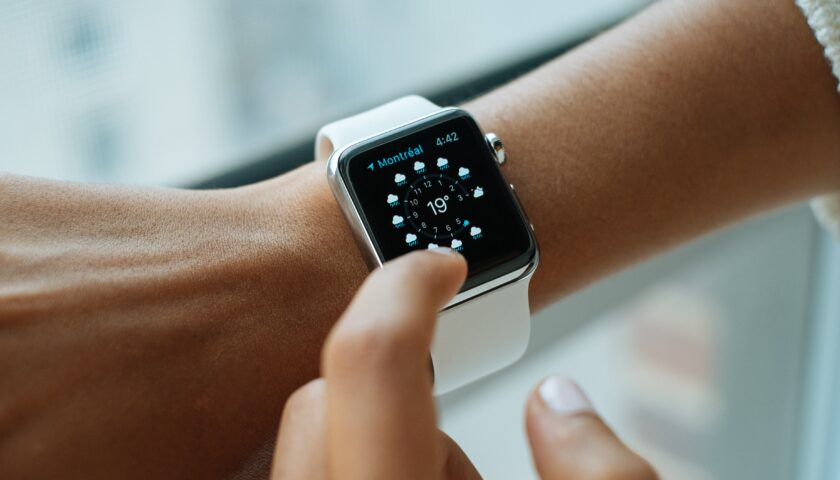 Wearable devices are increasing in popularity because these devices are small, light, easy to carry and handle, with surprisingly good computing and processing capabilities. However, standard wearables’ input interfaces are relatively smaller, hence are difficult to use; for example, a wearable watch or bracelet has a small touch screen through which a user gives a command to the device. Due to these small interfaces, such as a couple of buttons and limited touchscreen capability in wearable devices, it is difficult for many users to use it conveniently and efficiently as they provide minimal choices to users and provide a poor user experience.

To deal with the above limitations, users sometimes have to connect their wearable devices with other electrical gadgets like smartphones, tablets, computers, etc., which have relatively large input interfaces, such as touchscreens, keyboards, mice, etc. Therefore, this solution is not ideal for interacting with one’s wearable device, as it includes a need to buy other devices, which is costly and sometimes complex for the user.

Project soli is developed by Google’s ATAP (Advanced Technology and Projects) and was announced in 2015. This technology can be used with wearables, mobile phones, computers, etc. It can solve the above-discussed problems by using a mini radar that detects or tracks the hands and fingers of the user. Thus, hand and finger gestures can control wearable devices, such as controlling volume, swiping through options, selecting options, and many more functions without even touching the small screen of wearable devices.